What's In Your Wallet? 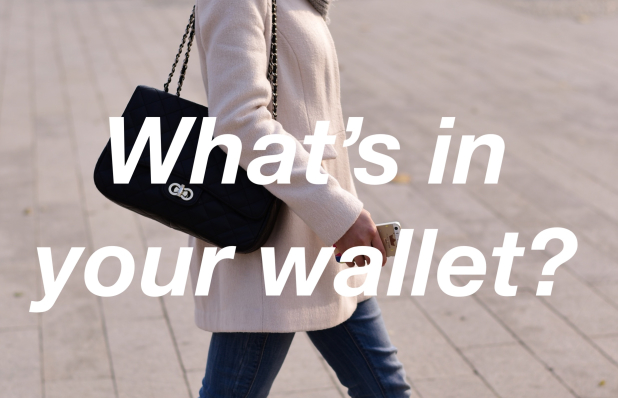 In Luke 18:18-23, Jesus encounters a rich, young ruler who expresses an interest in following him. Think of this guy as a hot hedge fund manager who has stumbled into the big time at a young age: he grew up in church and knows that religion should be part of this life, and so he comes to Jesus, thinking he might find some answers. After all, who wants to be known as a shallow materialist?

When Jesus points to those ten commandments that deal with human relationships, the young man says, 'Done it!' But the fact that he is asking Jesus about eternal life demonstrates that something is missing.

Like many people, the young man assumes that if he wants to inherit eternal life, he must do something. We are hard-wired to think that we can somehow work our way to God or live in a way sufficiently pleasing to him that eternal life will be awarded to us. But that's not how it works.

Jesus, of course, had left off the first law: you shall have no other gods before me. And then, decisively, Jesus looks into this man's heart and discovers that he has another god: money. There is nothing wrong with being rich; there is everything wrong with putting riches before God.

This ruler was like many of us: he wanted to bolt Jesus on to an otherwise materialistic life; completely reorienting his priorities was unthinkable. But that's exactly what Jesus told him to do:

One thing you still lack. Sell all that you have and distribute to the poor, and you will have treasure in heaven; and come, follow me.

We, of course, would not be so stringent with a would-be follower of Jesus: rather than telling him, 'give it all up - everything!', we'd say, 'Let's make a deal!' We'd offer him the installment plan - 10% down, 5% a month until it was all done.

But not Jesus: he let the young man leave, sad because he was unwilling to empty his wallet of the idol of money. This brings us to the key question: what's in your wallet? What's the thing, if Jesus peered into your heart, he would see as your number 1?

Here's the deal: Jesus love us enough to free us from whatever false god we prioritise. An unwillingness to submit to Christ means we think there is greater blessing, good, or benefit that can come to us from a source other than Christ. That is, we think following Jesus won't really pay off.

But when Peter watched the young man walked off and reminded Jesus of much he and ther other disciples had given up, Jesus said this:

Truly, I say to you, there is no one who has left house or wife or brothersor parents or children, for the sake of the kingdom of God, who will not receive many times more in this time, and in the age to come eternal life.

Following Jesus really does pay off. Just be sure that nothing in your wallet - or heart - is keeping you from getting those benefits.