We Are Your Church 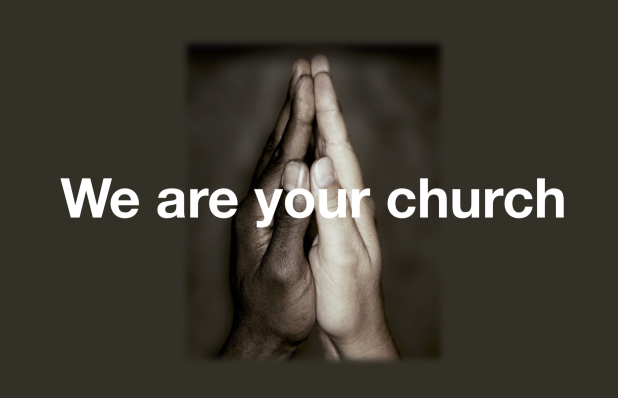 It's easy to forget that Christianity started as a Jewish thing: Jesus was a Jew, the apostles (Peter and John and Paul and James) were all Jews. Everyone who first believed and was added to the church in Jerusalem was Jewish (Acts 2:41). Their Bible consisted of the Jewish scriptures. Jesus himself was the promised Messiah, the fulfilment of prophecies made to Israel over centuries. The idea that the church would be Jewish was assumed; when they heard of non-Jews responding to the gospel and being added to the church, this raised questions.

The apostles in Jerusalem heard about the church in Antioch: not only were Jews responding to the gospel, but Gentiles. And they were all worshipping together in the same church.

Now, for us, this seems like no big deal. But the division of Gentile and Jew was huge - massive! The difference was not merely religious, it was cultural. Jews and Gentiles not only came into church with different understandings of God, but also different patterns of life and thought and attitude. Jews had difficulty conceiving that the church could include both together.

So the apostles sent Barnabus to see what was going on. According to Acts 11:23, when he came, he saw the grace of God. Now, God's grace is all about our personal salvation. We are all separated from God because of our sin, and in Christ God brings us to himself. But God's grace in Antioch was more and deeper; it also included human reconciliation between people.

By his grace, God brought Jew and Gentile together in Christ, and by reconciling them to each other demonstrated the reconciliation they each experienced to God.

What this means for us

Martin Luther King remkared that the Sunday morning worship hour was the most segregated time in American life. Whites worship with whites, blacks worship with blacks, and only in rare examples is this pattern changed. In one sense, it makes sense: in worship, people like to feel 'at home'; they like to be with 'their own kind of people'.

But there is something deeper at stake than feeling at home in worship. When God calls together Nigerian and Pakistani and American and Scottish and Irish and English and Ghanian all into the same church, it demonstrates the gospel. Every Sunday we gather people from four continents are joined in the worship of God.

The Centrepoint story is rooted in the soil of Scotland; we began as a Scottish church. But like Antioch, God has added many nations to us. Every Sunday we gather, we are a prophetic proclomation of the reconciliation availabe to people in Christ. Learning to live in unity with our great diversity is not always easy, but it's worth it. By God's grace we model the gospel to our community.