Up, Up, and Away: The Blessings and Benefits of Christ's Ascension 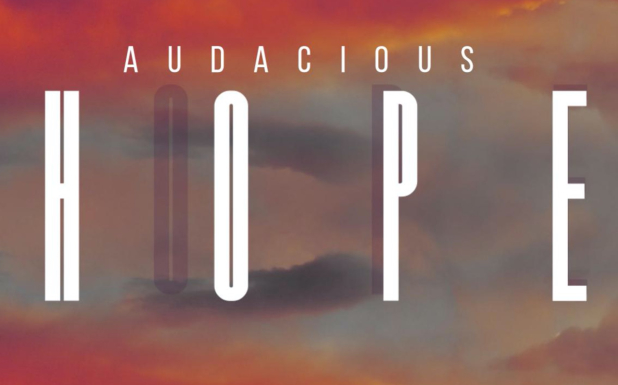 Part of the pain of lockdown is physical separation from family; I had planned on spending part of the past two weeks with my daughter in Japan, seeing my little grandson for the first time. But no.

All Christians everywhere live daily with the pain of separation – the separation from our Lord, physical separation from the Jesus who died for us. But this is normal for us, because we have only ever known this kind of following Jesus – we have never been with him personally; we only know him from a distance.

For us, fellowship with God is only ever by the Spirit. But for the first followers of Jesus, it was the opposite; they only knew Jesus in person. They had only ever followed a physical Jesus they could see, touch, and hear.

So when Jesus left, it catapulted them into a different kind of following Jesus; he was gone physically, but he promised his Spirit to with them spiritually. At the end of Matthew, Jesus makes a remarkable statement:

‘I am with you always, even to the end of the age’.

Look at this - He says I will always be with you. And just when he says he staying, he’s leaving. But his departure wasn’t just because He was missing heaven; his departure has specific and important benefits for us.

In this post, we reflect on the ascension of Jesus, and what this means for us. The significance of the ascension is taught all through the New Testament and affirmed by the church fathers and included in the key summaries of Christian belief like the Apostle’s Creed.

What we’re going to see is that this is not just a statement of doctrine but that the Ascension of Jesus has important consequences for our lives today – it shapes our identity and how we experience God.

Our core text is Luke 24:44-53, and the events here are pretty straightforward:

First, Jesus gives his disciples a commission to proclaim the forgiveness of sins in all nations. A version of this is recorded in all of the gospels – the point is to take the good news of Jesus everywhere, and at the heart of that

Second, he tells them – before you go, STAY, and be clothed with power from on high. In Acts 1, Jesus tells them, you will receive power from the Holy Spirit, to be witnesses. He calls this the promise from the Father – the Father with give you power to proclaim this good news.

Third, he leads them outside the city to Bethany, on the southeast slope of the Mount of Olives. He blesses them and is carried up into heaven. Acts 1:9 says,

And when he had said these things, as they were looking on, he was lifted up, and a cloud took him out of their sight.

To ascend is not so much in terms of up and down, but that Jesus leaves them physically, and steps into the realm of eternity, albeit with a physical, but glorified body. One of the remarkable facts of Jesus incarnation – the enfleshment of God when he identified with us by becoming a man – this was a permanent change.  So when Jesus ascended – he carried with him his human body – now a glorified body, a body fit for existence in eternity.

The record in the gospels and affirmed by Paul in 1st Corinthians 15 is that Jesus made multiple appearances to the disciples over the course of 40 days, but it seems that Jesus was not constantly with him. In John 20 he tells Mary, I am ascending; it may be that he ascended to the Father that very day, on the day of the resurrection. He made many different appearances to his followers, but what we read of here is his final farewell.

Farewells can be painful: my great-grandfather, a man I never met, didn’t like goodbyes. And so anytime family were visiting and it was time for them to leave – he would be somewhere else; he’d go on a walk in the forest so he didn’t have to say ‘goodbye’.

The Significance of The Ascension

Why is the Ascension so significant? The ascension consummates the reconciliation between man and God which is effected by God putting Himself in man’s place at the Incarnation and by man being put in God’s presence at the Ascension.

The Ascension is the return of humanity to the presence of God, the undoing of the banishment from God’s presence, occasioned by sin, when Adam and Eve were put out of the garden. They were put out; in Christ, through his ascension, we are brought in.

The ascension marks the bringing of humanity to God, but also, the conclusion of the days of humiliation and the consummation of the process of glorification whereby man, in whose nature God had become a participant through the Incarnation, was made a participant in the fellowship of the Godhead.

By his withdrawal of Himself at the time Ascension from the realm of the visible, Christ provides the occasion for faith, which is the bond of union with him in his exalted state. Christ has departed in order that He may be present to us in a way far richer in blessing than was possible during His incarnate life, when He was yet confined to the humble abode of the flesh.

In the words of the Heidelberg Catechism:

The Ascension means first, that he is our advocate in the presence of his Father in heaven. Second, that we have our flesh in heaven, as a sure pledge that he, as the head, will also take us, his members, up to himself. Third, that he sends his Spirit as a down-payment by whose power we seek those things which are above, where Christ sits at the right hand of God, and not things on the earth’.

In the ascension, we learn who Jesus is: the Faithful SON who returned home, the glorious KING who reigns over the universe, and the effective INTERCESSOR who prays for us.

And in the ascension we learn who we are: our IDENTITY as adopted children brought into fellowship with God; our STATUTS as co-heirs with Christ, seated with him in heavenly places; our FUNCTION as Spirit-empowered witnesses to God’s salvation on offer in Christ.

This is why the ascension is very, very good news for believers.

Here are some ofthe scripture references from which the conclusions presented above have been drawn.

John 16:28 I came from the Father and have come into the world, and now I am leaving the world and going to the Father.”

Philippians 2:9 Therefore God exalted him to the highest place and gave him the name that is above every name.

Ephesians 1:19-2 God’s great might  that he worked in Christ when he raised him from the dead and seated him at his right hand in the heavenly places, far above all rule and authority and power and dominion, and above every name that is named, not only in this age but also in the one to come.

1 Peter 3:22 Jesus Christ, who has gone into heaven and is at the right hand of God, with angels, authorities, and powers having been subjected to him.

Hebrews 1:3 After making purification for sins, he sat down at the right hand of the Majesty on high.

Hebrews 9:24 For Christ has entered, not into holy places made with hands, which are copies of the true things, but into heaven itself, now to appear in the presence of God on our behalf.

Hebrews 7.25 Consequently, he is able to save to the uttermost those who draw near to God through him, since he always lives to make intercession for them.

John 14.3: And if I go and prepare a place for you, I will come again and will take you to myself, that where I am you may be also.

Romans 8:16-17 The Spirit himself bears witness with our spirit that we are children of God, and if children, then heirs—heirs of God and fellow heirs with Christ.

Ephesians 1:6 God raised us up with him and seated us with him in the heavenly places in Christ Jesus.

John 16:7 Nevertheless, I tell you the truth: it is to your advantage that I go away, for if I do not go away, the Helper will not come to you. But if I go, I will send him to you.

Acts 1:8 You shall receive power when the Holy Spirit comes upon you, and you shall be my witnesses.

John 16:28 I came from the Father and have come into the world, and now I am leaving the world and going to the Father.

John 20:17  I am ascending to my Father and your Father, to my God and your God.

Matthew 26:64 But I tell you, from now on you will see the Son of Man seated at the right hand of Power and coming on the clouds of heaven.

Hebrews 1:3 After making purification for sins, he sat down at the right hand of the Majesty on high

Ephesians 1:19-20 his great might that he worked in Christ when he raised him from the dead and seated him at his right hand in the heavenly places, far above all rule and authority and power and dominion, and above every name that is named, not only in this age but also in the one to come.

Ephesians 4:10 He who descended is the one who also ascended far above all the heavens, that he might fill all things.

Acts 2:33 Being therefore exalted at the right hand of God, and having received from the Father the promise of the Holy Spirit, he has poured out this that you yourselves are seeing and hearing.

Hebrews 10.12: But when Christ had offered for all time a single sacrifice for sins, he sat down at the right hand of God