The Heart of the Gospel 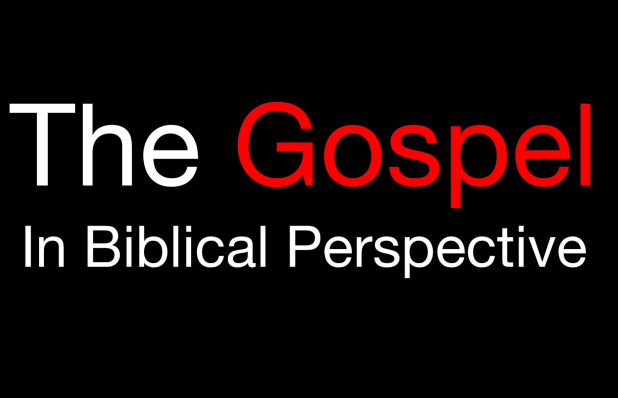 In May, 1990, I stood in front of room of English-speaking Urkainians. Through a series of very fortunate events, my first day in this nation culminated in being able to address the English department of the University of Ivano Franko in L'viv, Ukraine, still part of what was known at the time as the Soviet Union.

Especially in a context where atheism was the dominant world view, I wanted to give those students the very best that I had - and so I gave them the gospel. I may not have done it well, but I used whatever preparation and power I had to deliver the gospel as well as I could.

The word gospel derives from a Greek word meaning good news. Imagine a Greek city state at war with another; upon winning, they send a messenger to the city to proclaim the gospel - the announcement that the victory has been won and there is now peace.

Isaiah picks up this theme when he writes

So what is the gospel? Before answering that, let me identify some characteristics of the gospel:

First, the gospel is POWERFUL. Paul wrote the Romans, 'I am not ashamed of the gospel, for it is the power of God for salvaiton to everyone who believes' (Romans 1:16).

Second, the gospel is UNIQUE; there is only one, and to distort it or twist it makes it into another gospel that is really not a gospel at all (Galatians 1:6-8).

Now that raises the question about what it is that we need to be saved from, and the short answer is sin and its consequences. This becomes evident in the next section, where Paul gives the gospel in a nutshell:

Let's break this down:

One thing to notice about this gospel is that it is fact based; it's the news of who Jesus is, what he did, and what this means for us. And at the heart of this gospel is the good news that CHRIST DIED FOR OUR SINS:

That we are sinners is uncontested; all have sinned and fall short of God's glory (Romans 3:23). Christ's death is linked to our sins in many different scriptures; here are a couple of them:

In short, For our sake he (The Father) made him (Jesus the Son) to be sin who knew no sin, so that in him we might become the righteousness of God (2 Corinthians 5:17). This is the great exchange - Jesus took our sin and gives us his righteousness so that we might participate in eternal fellowship with the Triune God.

Our trouble is that we have a tendency to construct false narratives and view God through the lens of that narrative, thus producing a false god. Rather, the gospel is God’s narrative by which we understand – not only who He is, but who we are, and how we can know, enjoy, and participate in him.

So, if we pull all this together, here's the gospel in a nutshell, the very heart of the gospel.

The gospel is the good news that God became man in Jesus Christ. He lived the life we should have lived and died the death we should have died – in our place. Three days later he rose from the dead, proving that he is the Son of God and offering salvation and forgiveness of sins for everyone who repents and believes in Him.