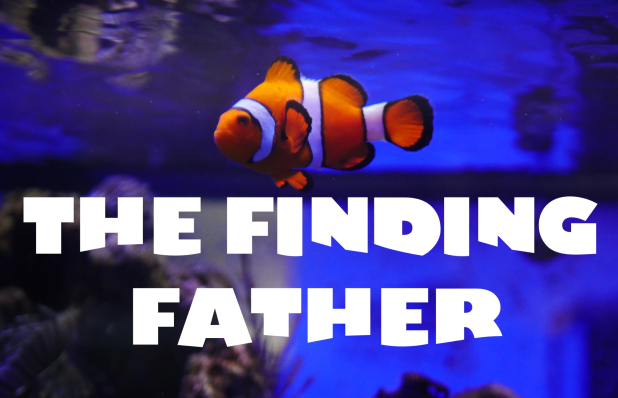 There was a film a few years ago about a father who lost a son and went on a desperate search until finding him. The father's name was Marlin, the son's name was Nemo, and the story is told in the Disney film Finding Nemo. It's a cute film, but the best story about recovering a lost son pre-dates it by about 2000 years.

In Luke 15, Jesus engages Pharisees who were grumbling that Jesus 'received sinners and tax collectors and ate with them'. Eating with someone implied some degree of moral endorsement, and the Pharisees were concerned that Jesus was watering down the moral paramters of their community.

In Luke 19:10, Jesus clearly states his mission: 'The Son of Man has come to seek and save the lost'. Jesus saves the lost by dying for them; Jesus seeks the lost by engaging them. Bothered at the response of the Pharisees to lostness, Jesus tells three stories that describe what seeking the lost looks like.

The  big difference is that, whereas the coin is an inanimate object and a sheep is an untilligent animal, the prodigal son leaves willingly; he actively chooses to be lost. Further, whereas the the sheep and the coin are found, the father of the son waits patiently until his son comes home. And the son does, coming to his senses, realising that there is no life for him better than the one in his father's house.

The first two stories describe God's intense search for lost people as modelled by Jesus. The third story describes God's gracious reception of lost people when they repent and come home. Rather than relegating the son to servant status, he is reinstated as a son with a robe, a ring, and great big party.

At this point the father encounters the older brother who is upset at the father's lavish party for the profligate son who has wasted his inheritance. Whereas the older brother should have been out looking for the lost, rather, he stayed at home, and is bothered when the other son returns.

There are many truths packed into this chapter, but the Big Idea is that Jesus is the perfect older brother who has searched for us to bring us home to the father. Rather than being like the Pharisees, Jesus invites us to search for the lost with the same intensity as the shepherd searches for the sheep and the woman for the coin.

In Finding Nemo, Marlin eventually finds Nemo and gets him safely home. It took much effort and great risk, but he was successful. There are people in our lives waiting for us to be as proactive as Marlin, prodigals who need to come home to a grand welcome. Who's your Nemo?