The correct posture for worship 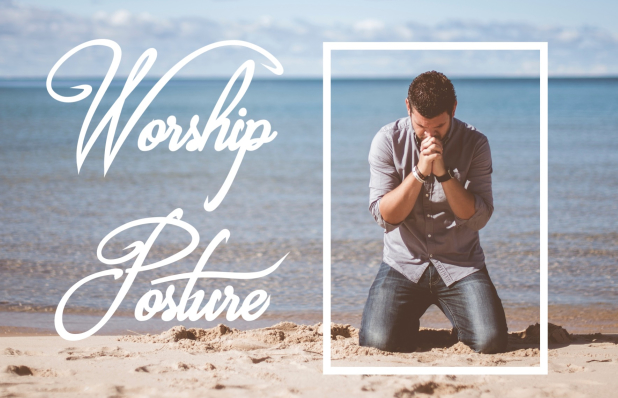 The story of the Magi from the East visiting Jerusalem is fascinating on many levels, not the least of which is the star that led them to Bethlehem. But more important than the star, or the gifts of gold, frankincense, and myrrh, is the purpose of the visit. When the magi spoke with Herod, they said,

For we saw his star when it rose and have come to worship him. (Matthew 2:2)

And when they found Jesus, Mary, and Joseph, look at their response:

they fell down and worshipped him (Matthew 2:11)

In both verses, the word for worship is the Greek word proskynesis, which can be translated as obeisance or prostration. Thus, the Magi said that 'we have come to fall on our faces and prostrate ourselves before him'.

This idea of prostration as worship is drawn from Persian culture (which makes sense, these Magi being from the East, which some scholars believe was Babylonia, the area previously controlled by the Persian empire).

The Roman historian Livius, writing at the time of Christ's birth, describes the practice of proskynesis in Persian culture:

When the Persians meet one another in the roads, you can see whether those who meet are of equal rank. For instead of greeting by words, they kiss each other on the mouth; but if one of them is inferior to the other, they kiss one another on the cheeks, and if one is of much less noble rank than the other, he falls down before him and worships him.

Previously, when Alexander the Great conquered the Persian empire, he became so enamoured with this practice that he adopted it in his court, much to the dislike of his fellow Macedonians.

All of this to say: the act of worship by the Magi indicated that they thought Christ either royalty, or divinity, or both. And the appropriate reponse to his majesty, even in infant form, was to bow before him.

This display of extreme humility is described by the Psalmist as an appropriate response to God's grandeur in Psalm 95:1-7.

In verse 1, we are encouraged, 'Oh come, let us sing to the Lord; let us make a joyful noise to the rock of our salvation!'

In verse 2, we are told to 'come into his presence with thanksgiving; let us make a joyful noise to him with songs of praise!'.

In verse 3, we are reminded that 'the Lord is a great God, and a great King above all gods'.

In verse 6, the Psalmist describes the heart attitude with which we should worship: 'Oh come, let us worship and bow down; let us kneel before the Lord, our Maker!'.

There are three characteristics of true worship: