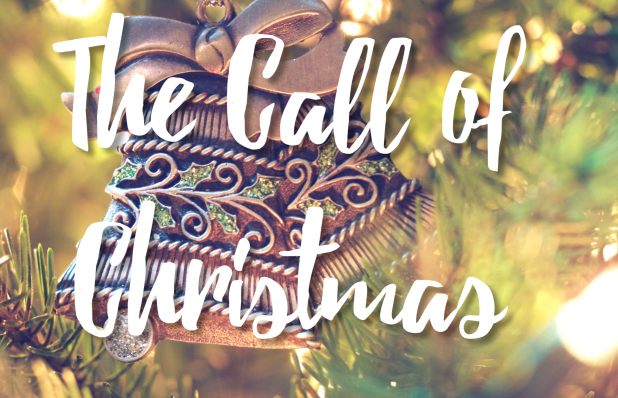 The Call of Christmas

It's easy to let ourselves off the hook. Deeply aware of our own flaws, failures, and shortcomings, we can easily discount the idea that God would call us to greatness for the sake of his kingdom. However, when we engage the Christmas story, we see that God calls very ordinary people to extraordinary lives.

This is what the angel told Mary: Do not be afraid, Mary, for you have found favour with God. And behold, you will conceive in your womb and bear a son, and you shall call his name Jesus (Luke 1:31). It is impossible to overstate the level of difficulty contained in this message. First, because we're all sinners, including Mary, the only way we can find favour with God is with his own initiative. We can't earn or work or tweak our hearts enough to merit what he has done. Second, a virgin getting pregnant outwith the usual methods - again, this is impossible. So the entire pacakge of what God calls Mary to is outside her ability.

The same thing is true with Joseph. There is no certificate, no prep course, no synagogue class that can prepare someone to the the earthly father of God in the flesh. Mary and Joseph were ordinary people to whom God extended his grace.

To Mary's question, 'How can these things be?', the angel answered, 'The Holy Spirit will come upon you, and the power of the Most High will overshadow you' (Luke 1:35). God extends his grace through the working of the Holy Spirit. His call to grace is a call to believe that God is big enough to do anything with us he wants.

The idea of being the earthly parents of God in the flesh sounds appealing. But this is a call that came with a cost. In the conservative context of first century Galilean Judaism, becoming pregnant outwith marriage was completely disallowed. It meant more than loss of reputation; it meant total social exclusion. And so Mary's response, 'Behold, I am the servant of the Lord; let it be to me according to your word' (Luke 1:38) is remarkable; by saying 'yes' to God she was saying 'yes' to a life outside the norm.

And Joseph too. To go through with a marriage to a pregnant woman would have been intrepreted as 1) admitting to have sinned with his fiance or 2) not being man enough to divorce her. Either way, there was no way he could end up looking good. And their child would have been perpetually peppered with 'Whose your daddy?' bullying.

In the same way, following Jesus with all of our hearts is to say 'yes' not only to purpose and destiny, but also to pain. God has more for us that just a comportable existence. He has marked us for destiny. But here is always a price tag to obeying God.

While we recognise the price tag, we understand that the reward is oh so much greater. And it was for Mary and Joseph. No other two people in human history have shared the experience of being the earthly parents of God in the flesh. Their reward for saying 'yes' to God's grace and to the price tag of obedience is immense reward. What could be greater than being part of bringing the saviour of the world into the world?

In the same way, we are called to bring the news of the world's saviour to the world we inhabit. We are surrounded by people who have not yet tasted, experienced, or known the love, redemption, truth, and salvation found in Christ. God has called us be the agents through whom others encounter the salvation available through Jesus.

We love the idea of arriving; taking the journey is sometimes no fun. With Mary and Joseph, God intervened in their lives without asking their permission. Had he painted a picture of the price tag, they would have perhaps said 'no'. But God's call on their lives prevailed, and God calls us in the same way.