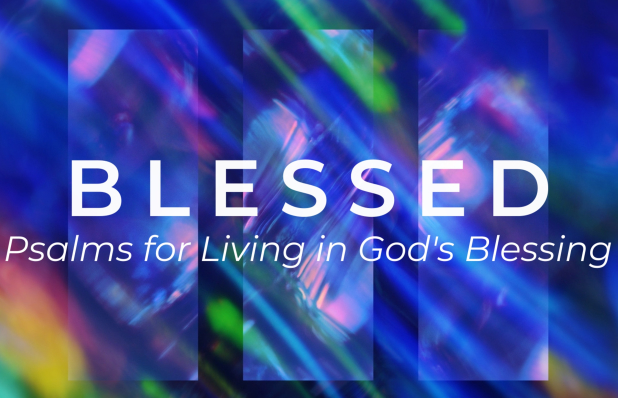 What do you when you wake up and look at your life and think, ‘This is broken! This is crap! It’s not supposed to be like this!’.  We live in a fallen world, and sometimes it feels like the world’s fallenness is pressing in on us like a cheetah closing in on its prey, forcibly, ferociously, relentlessly.

David – the shepherd who became king – was often beset by difficulty on every side. But he discovered the art of looking to God in ever circumstance, and in Psalm 40, he teaches us trust in the Lord regardless of what’s going on. In doing so, he directs our gaze to look in for different directions.

In Psalm 40:12-13, we read about the Psalmists current condition:

For evils have encompassed me beyond number;
my iniquities have overtaken me, and I cannot see;
they are more than the hairs of my head; my heart fails me.

1) Internal Problems: my iniquities have overtaken me

This is a mark of maturity: some people are not capable of recognising their own culpability in their own situation. They are so fragile, they’re always blaming the world out there – their parents, their siblings, their boss, their socio-economic status … some people simply adopt a victim mentality and are unwilling to own their own mistakes.

David did not adopt a victim mentality: even though he was grossly mistreated, he OWNS his own sin. He sees my iniquities have overtaken me and I cannot see. Not just that – he admits how much he has sinned  - my iniquities are more than the hairs of my head. He sinned so much that his heart was failing; he was beginning to doubt that God could or would intervene.

Sin blinds us because it distorts our perspective; we cannot accurately understand God or ourselves or life when we are blinded by sin. But worse that being blinded by sin is being blinded to sin … David was able to recognise his sin, and in recognising our own sin, there is hope, because it prompts us to turn to God.

2) External Problems: evils have encompassed me beyond number.

David recognises that his life situation is the result of more than his own mistakes; there are forces at work in the world beyond our control. In David’s case, he face a real and present danger: in verse 14, people are trying to snatch away his life. King Saul had effectively put a bounty on David’s head; he was being chased by assassins.

Hopefully, you’re not being chased by a mad king; ideally, there aren’t people who are trying to kill you. But it is OK to recognise that our problems are both internal and external. Rather than being in denial, it’s OK to say that life is difficult, life is hard, life is challenging.

Now – some of our problems are more serious than others. For those of you who are not from the island, you may not fully appreciate the difficulties attached to being British.

David begins the Psalm by remembering a time when God delivered him:

I waited patiently for the Lord; he inclined to me and heard my cry. He drew me up from the pit of destruction, out of the miry bog, and set my feet upon a rock, making my steps secure.  He put a new song in my mouth, a song of praise to our God. Psalm 40:1-3

How do respond to current difficulty? We look back to past deliverance. In these verses, the Psalmist does one thing – He waits for the Lord; God does four things – He inclines, He hears, he draws, he sets:

One of the literary techniques is the Psalms is parallelism, when one thing is described in two different ways. And so here, there is a difficult situation described as a pit of destruction and a miry bog. The common denominator between these two things is that you need outside helps to be saved; you can’t rescue yourself.

David found himself in a bad situation now, and so he looks back to a time in his life when he was in a similar situation and he says, you know what – I was stuck, I was in a pit, and God intervened. The intervention places David on a rock: he goes from a place of instability to stability, he is able to walk without fear of falling.

And then in verse 3, David says, ‘He put a new song in my mouth, a song of praise to our God’. His response to deliverance was to praise God: A new song means that the praise wasn’t just a generic worship song, but a song specifically praising God for the deliverance just accomplished.

An example of this is Exodus 15, where, after being delivered from Egypt and Pharaoh’s army through the Red Sea, Miriam breaks out in a song:

So as we remember God’s faithfulness, the appropriate response is praise! In other words, the foundation of praise is not our current circumstances; we don’t decide to praise – or not – based on what’s going on now, but based on what God has done in the past.

Now, remember this is a song that’s being sung in worship. The next phrase of verse 3 says, ‘

So the pattern here is that people get encouraged as we praise God for his deliverance.

After acknowledging the difficulty of his situation and remembering God’s previous deliverance, David calls us to trust in the Lord:

Blessed is the man who make the Lord his trust, who does not turn to the proud, to those who go astray after a lie! (Psalm 40:4).

This is the key point in this Psalm, this is the key verse that tells us how all the benefits are unlocked. In simple terms, this is confidence in God. To have confidence in God means that we believe about God what the Bible teaches. To trust God is to not only believe with our minds what the bible says, but to entrust our lives to him, believing he will take care of us.

Why can we have confidence in God? Because He is both good and powerful.

Many, Lord my God, are the wonders you have done,
the things you planned for us.
None can compare with you; were I to speak and tell of your deeds,
they would be too many to declare (Psalm 40:5)

In short, God is good, God is great, and he brings his goodness and greatness to bear in the lives of his people.

David doesn’t keep his deliverance to himself; he shares the good news with others.

So the Psalmist finds himself in trouble, he remembers God’s deliverance, he trusts in the Lord, and GOD COMES THROUGH. What does he do? He starts to brag to others about God.

RATHER – I have spoken: and look at the three things he speaks about, the things that He has experienced: Deliverance, faithfulness, salvation, steadfast love.

There are three reasons why this praise to God is important: first, it keeps us encouraged as we remember again what God has done. Second, it brings encouragement to God’s people. We tend to think we are the only one’s going through something, and this reminds us that others are in the same situation. Third, it gives glory to God for what He has done.

God is the God who comes through; it makes sense to trust him in the midst of our difficulty.