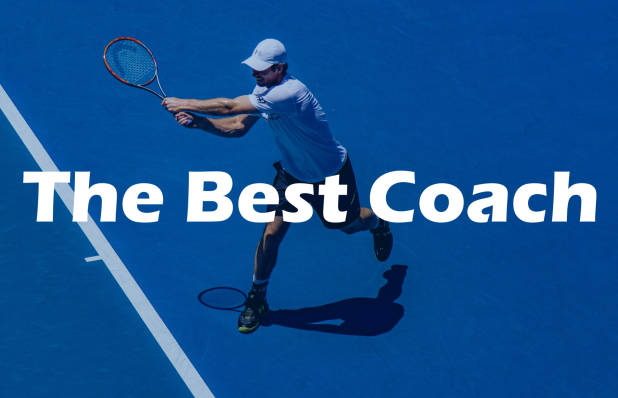 God’s Grace Trains Us: You want to win. God wants you to win. You need a coach.

To fulfil your God-given destiny, the greatest coach you can ever have is God’s grace. Before we look at how God’s grace trains us to be champions, let’s take a step back and reflect on the big picture: what does it mean that God wants us to win?

We encounter a remarkable promise in Romans 8:9, that we have been predestined to be conformed to the image of Jesus. This means that God has determined – even before we experienced salvation personally – not only that he would save us – but that his saving would accomplish what he wanted – that we would share the character of Jesus. This means it is our destiny to be as holy, as pure, as righteous as Jesus.

Note these two things about The Big Win: First, this promise of being confirmed to Christ’s image, shaped to look like him, is affirmed in other scriptures (2 Corinthians Romans 8:17; 2 Corinthians 3:18; 1 John 3:2). Second, It’s beautiful because its … beautiful: we end up looking like Jesus! But it’s intimidating because we have so far to go. 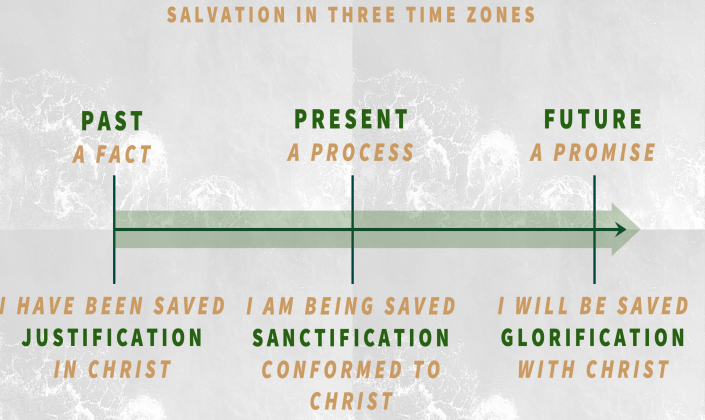 You need a coach

In this journey of travelling from where you are (your current character and degree of obedience to where God wants you) to God’s desire for you (sharing Christ’s character and complete obedience, you need a coach. There are three kinds of coaches Christians use to grow in sanctification:

The Law - God's statement of right and wrong as recorded in scripture (e.g., the Ten Commandments) is an ineffective coach because all it can do is point out what’s right and what’s wrong. It’s like the lines on a tennis court – they don’t help you swing the racket better, they just show what’s in bounds and what’s out of bounds. The law speaks the language of ‘should’ – but should never changes anyone. The law doesn’t transform, it simply identifies errors.

Lawlessness is a bad coach because it says God’s law doesn’t matter. Remember, the law is a reflection of God’s character; he didn’t arbitrarily make things right and wrong, right and wrong reflect who He is in his perfection. And saw lawlessness disputes that it matters to be pleasing to God at all. It would be like a tennis coach saying, ‘ignore the lines on the court … we’re not keeping score anyone. Just have a good time and hit the ball where you want to – whatever feels right!’

Finally, we meet the winning coach, GRACE. Grace is an amazing coach that trains you to win. How? Primarily in two ways. First, grace trains you in identity – this is who you are. Second, grace trains you in how to think ­– this is the new software package for your mind. Grace doesn’t ignore the lines on the court – it respects God’s law, his standards, his righteousness; grace knows what’s in bounds and out of bounds. But grace trains, empowers, encourages, and enables you to win.

For the grace of God has appeared, bringing salvation for all people, training us to renounce ungodliness and worldly passions, and to live self-controlled, upright, and godly lives in the present age, waiting for our blessed hope, the appearing of the glory of our great God and Saviour Jesus Christ, who gave himself for us to redeem us from all lawlessness and to purify for himself a people for his own possession who are zealous for good works.

In Titus 2.12a we read that grace trains us to renounce ungodliness and worldly passions. First, let’s look at the words in this verse: training means to discipline, to teach, to train children. To renounce is to deny, disown, reject, refuse, not accept. The for ungodliness means irreverence or impiety; a lack of respect towards God that enables living unfettered by fear for him. And the words for worldly desires mean a) of or belonging to the world; worldly, i.e. having the character of this present corrupt age; b) desire, craving, longing, desire for what is forbidden, lust. In short, we can say that

GRACE TRAINS US TO LIVE NOW IN DISAGREEMENT

WITH THE VALUES OF THE CURRENT AGE.

In Titus 2.12b, we read that grace trains us to live self-controlled, upright, and godly lives in the present age. The word for self-controlled means ‘with sound mind, soberly, temperately, discreetly’. Upright is translated from a Greek word meaning ‘upright, justly, properly, righteously: doing what is right’. The word for godly is the opposite of the word ungodliness in the first part of the verse and means piously, godly, devoutly: prioritising God in worship and life. So we can summarise that

GRACE TRAINS US TO LIVE NOW BY THE

VALUES OF THE FUTURE KINGDOM.

In Titus 2.13, we read … waiting for our blessed hope, the appearing of the glory of our great God and Saviour Jesus Christ. The word waiting speaks of anticipation – the expectation promises will be fulfilled. The word blessed means favoured by God, happy – endowed with God’s blessings. And hope speaks of joyful and confident expectation of good. Grace gives us happy expectation of God’s blessing in Christ. Specifically:

GRACE TRAINS US TO LIVE NOW IN HAPPY

In Titus 2.14: … who gave himself for us to redeem us from all lawlessness and to purify for himself a people for his own possession who are zealous for good works. Remember, Grace is the coach, and in this case, grace promotes zeal (energetic desire, contending for, eagerly desiring to acquire) for good (beautiful, excellent, magnificent, precious, eminent, commendable) works (work, employment, getting stuff done; act, thing, work, deed done). So, in short:

GRACE TRAINS US TO GET GOOD STUFF DONE.

How does grace do this? Two things:

Therefore, if anyone is in Christ, he is a new creation. The old has passed away; behold, the new has come. 2 Corinthians 5:17

Our performance is rooted in and extends from our identity – and we have a new identity in Christ, having been new. Grace is a coach who comes alongside you, reminding you, ‘this is who you are’, and ‘that’s not who you are’.

Do not be conformed to this world, but be transformed by the renewal of your mind. Romans 12:2

That means 1) Grace is the right coach, the right voice you want to be listening to, and 2) the voice of grace speaks through scripture.

That’s why 15 minutes a day is so important. In the mean time, make a heart-decision to enlist grace as you’re coach. God has called you to be a champion, and it is by grace that you’ll get there.