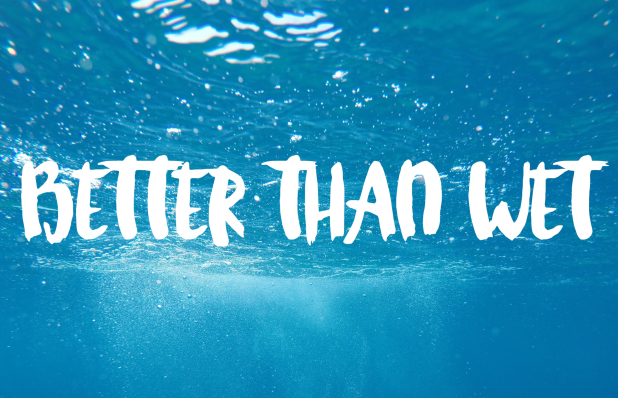 We face a bit of an unfair challenge when it comes to understanding water baptism: we have grown up in a social context where there are a variety of ways it is practiced and a variety of meaning by which it is understood. So if there is a bit of confusion around the practica and significance of baptism, though not desirable, it is understandable.

First is the question of mode, whether sprinkling or immersion. The Greek word baptizo points in the direction of immersion, as do many New Testament references such as John 3:23, which speaks of John choose a place because of the ample water (why would this be necessary if he was just sprinkling or pouring?) and Matthew 3:16 where Jesus comes up out of the water, implying he had also gone down into the water.

A second question related to baptism is who should be baptised - infants, or only those professing faith in Christ (paedobaptism - infant/child baptism; credobaptism - baptism on the basis of confession of faith/creed). All the examples in the New Testament point to faith preceding baptism. For example, in Acts 2:41, 'those who received his word were baptised'; receiving his word preceeded being baptised. Again, in Acts 18:18, 'And many of the Corinthians hearing Paul believed and were baptized'.

The only place infants may come into the picture are the household baptisms such as that of the jailer in Acts 16:30-33 where the jailer and all his family were baptized. Some speculate that infants were included in this group, but this is an argument from silence (it's not mentioned), so this is in no way definitive.

It is evident that early on in Christian history some erroneous ideas got attached to water baptism. One of this was baptismal remission, the idea that baptism washes away all sins committed up to the moment of baptism. This pushed baptism to the latest moment possible because people wanted all their sins washed away, and they didn't want to leave much time for sinning. And so the emperor Constantine waited until his death bed to get baptised.

Another inaccurate but common teaching that crept into the church was baptismal regeneration, the idea that we are born again through baptism, thus rending original sin powerless. This had the opposite effect of baptismal remission and pushed water baptism to the youngest point possible. That is, if water baptism effects spiritual rebirth, we should baptise everyone as soon as they are born.

Unfortunately, water baptism in itself does not accomplish either remission of sins or regeneration. Trust me - if I thought sprinkling babies with water produced regeneration, I grab a bucket of holy water and run through Tesco at melt-down hour and douse every toddler. But that's not how it works.

Water baptism is primarily about identifying with Christ through faith. Water baptism acts as a sign and a seal of our faith and is a gift from God to establish a strong foundation for following Christ.

When Philip preached the gospel to the Eunech was on the passage he had been reading (Isaiah 53), the Eunech's response, upon seeing water, was to ask, 'what prevents me from being baptised?' Water baptism was obviously included in Philip's instruction about the gospel, and all through the New Testament, getting baptised is the appropriate response to the gospel.

So we can take this Eunech's question and ask, 'What prevents me from being baptised'? For many of us, we hesitate because we come from a tradition that practiced infant baptism. Sometimes it's a tradition based on an erroneous teaching like baptismal regeneration. In other cases, it's a tradition rooted in the Reformation that has a gospel-centred understanding of baptism but uses the analogy of circumcision to apply baptism to babies.

In addition to tradition, sometimes we hesitate because of timidity. We don't want to rock the apple cart; we don't want our parents to think that we don't value their act of dedicating us to God through christening.

When we turn the question around, however, and ask 'what encourages me to get baptised?', the answer has to do with what baptism is about.

When we first come to Christ, we 'die to ourselves and live to God' (Galatians 2:20). But what do we do with dead bodies? We bury them! In baptism we identify with the death, burial, and resurrection of Jesus who lived, died, and rose again for our benefit.

2. Being clothed with Christ.

In the same way that the ark protected Noah from the waters of judgment, Jesus is our ark who saves us from God's judgment against sin. Peter points out, however, that it is not the water of baptism that saves, but rather an appeal to God for a clean conscience. That is, it is faith in the working of God, not the water, that produces a result.

In summary, here is what the Bible teacheas about baptism:

Second, the New Testament pattern is to get baptised after faith and repentance (Acts 2:41, Acts 8:12).

Third, water baptism is the biblical response to the gospel (Acts 18:18).

Fourth, in baptism, we identify with the death, burial and resurrection of Jesus (Romans 6:1-4).

Fifth, in baptism we publicly confess our faith in Christ and identify with his people, the church.

A contemporary analogy of water baptism may be the wedding ring. When we get married we enter a covenant, pledging to be faithful. The rings we exchange are not the marriage, but they are a sign of the marriage. Further, they are a seal or protector of the marriage, reminding us of our new status and identity as married people. When our marriage goes through rough patches, our rings remind us that the covenant now protects our love, rather than being carried here and there by various and changeable emotions.

Salvation is a covenant God has made with us through Christ. He acts in Christ to save us; we respond in faith. Water Baptism is a sign and seal of this covenant, reminding us that we are his and are held by him in love and grace.

So yes: when you get baptised, it's better than wet.