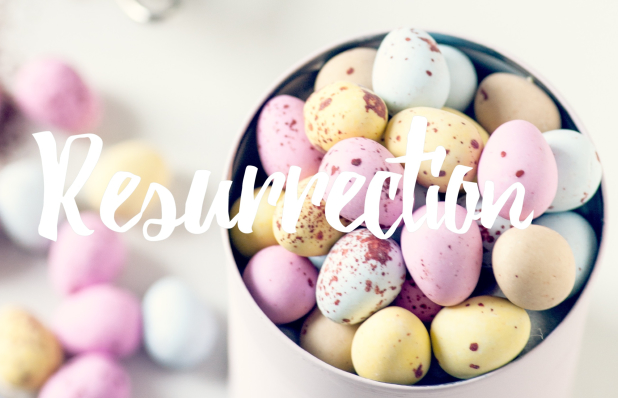 What's Easter all about? If you were a Martian investigating life on earth and came upon the notion of Easter, stroll through Tesco this time of year would indicate that this holiday is about chocolate.

Of course, so is Valentines Day and Halloween. But the colours and flower arrangements are different in each season. At Halloween, people dress up funny and do strange stuff. At Valentine's Day, red and hearts are key themes. And at Easter - it's all pastels, bunnies, and chocolate. But the truth is - Easter isn't about eggs and bunnies and chocolate ... although all of these are nice. Easter is about the resurrection of Jesus from the dead.

John 20:1-21 tells the story of when Jesus' followers discovered that he had risen from the dead. Even though he had predicted it (Matthew 16:21), they didn't believe it. They got distracted by the 'I'm going to die' bit, and the prediction about resurrection fell on deaf ears. In fairness, they didn't have a category by which to process that, and they may have chalked it up to Jesus' propensity to teach in parables.

But their glorious visions of enjoying inner-circle status with the Messiah came crashing down with the crucifixion: Jesus didn't simply die; he was crucified. Real bad. If the story ended there, we wouldn't know much about Jesus; his appearances to the disciples confirmed his identity as the Son of God (Romans 1:4) and transformed them from terror-ridden despondents to faith-filled preachers.

Our Lord Jesus was delivered for our sins, and He was raised for our justification. Romans 4:25

Yes, on the cross Jesus bore the penalty for our sin. But his resurrection means that punishment was effective; through faith in Jesus, we can be justified - declared 'Not Guilty'. Not because we're good, but because Jesus was good for us. Not good in the 'He's a good guy' kind of way. But good in the 'He lived the life we should have lived, died a death in our place, bearing the penalty for our sin, and was raised in glorious demosntration that the sacrifice was accepted and we can be forgiven' kind of way.

So enjoy the chocolate and the egg hungs and the bunnies. But don't forget Jesus - given up for us, raised up for his. That's what Easter's all about.