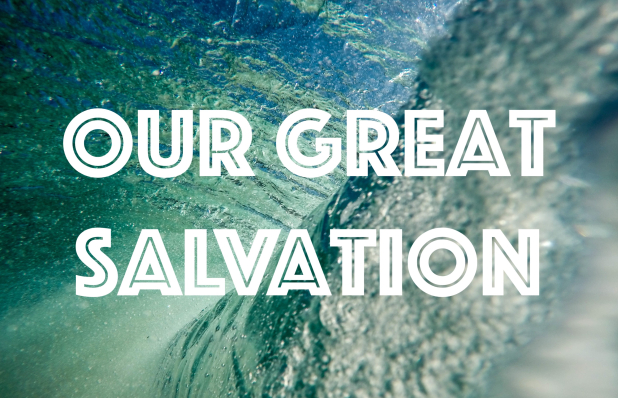 Sometimes we forget what we’re supposed to remember. This happened to me at Christmas when I forgot where I had hidden treats for Jean’s stocking. Forgetting chocolate is one thing; forgetting, or not understanding, what God has accomplished for us through Christ is another. Perpetually in the Old Testament in places like Deuteronomy 24:18 God called his people to remember what he had done for them. Understanding what God has done is the foundation for our spiritual journey.

The context of God’s action was the bondage his people are in: as we learn in Exodus 2:23-25: he people of Israel groaned because of their slavery and cried out for help. The Israelites were in bondage, they were slaves, and they wanted out. But God’s intervention was about more than setting slaves free, it was about keeping a covenant.

Exodus 2:24 tells us that ‘God remembered his covenant with Abraham, with Isaac, and with Jacob’. What was that covenant? That God would make this family into a great nation, that he would give them a land, and that through them all the families and nations of the world would be blessed. These weren’t casual promises from God; he meant to accomplish everything he had promised.

But more than fulfilling covenantal promises, God was intent on relationship. In Exodus 6:7, he declares that ‘I will take you to be my people, and I will be your God’. God delivers his people for the purpose of relationship.

It helps us understand Pharaoh’s defiance of God if we know something about what it meant to be Pharaoh. More than a simple king, the Pharaoh in ancient Egypt was the political and religious leader of the people and held the titles 'Lord of the Two Lands’ and 'High Priest of Every Temple’.

As supreme ruler of the people, the pharaoh was considered a god on earth, the intermediary between the gods and the people, and when he died, he was thought to become Osiris, the god of the dead.

When Pharaoh would not do what Moses said, Moses warned him that plagues would come. And they did: Pharaoh would be warned (two out of three times), then a plague would come, then he would sometimes vacillate, but then continue resolutely in his defiance. All he had to do was repent, acknowledge that the Lord was God, and let the people go. But he wouldn’t.

God brought his people through three salvation experiences: first, the blood of the Passover lamb applied to their doors protected from God’s judgement against sin (Exodus 12:21-23); second, the crossing of the Red Sea drew a line in the sand through which Pharaoh’s army could not pass (Exodus 14:21-22); third, the pillar of cloud by day and fire by night protected the people and led them on their journey (Exodus 13:21-22).

Through blood, water, and fire, God accomplished a great deliverance. He set his people free from slavery, then he protected them from the encroaching enemy, then he guarded them with his presence. God accomplished what he promised.

What does all this mean for us? First, as Paul writes, Jesus is our Passover Lamb whose blood, when applied to our lives, protects us from the judgment against sin (I Corinthians 5:7).

Second, God uses water baptism to draw a ‘line in the sand’ and mark us has his children. Like with the Red Sea crossing, Peter notes that it’s not the water that saves us, but God (1 Peter 3:21).

Third, like the fire and the cloud, God is actively present with us through his Holy Spirit. Not only are we baptised into the body of Christ (1 Corinthians 12:13), but we are also empowered by the Spirit for bold witness (Acts 1:5, Acts 1:8).

As Peter describes in Acts 2:38, God desires this entire package to be available for us. Salvation is not simply being delivered from Egypt; salvation is being equipped for our spiritual journey through the blood of Christ, the water of baptism, and the empowering presence of the Holy Spirit.