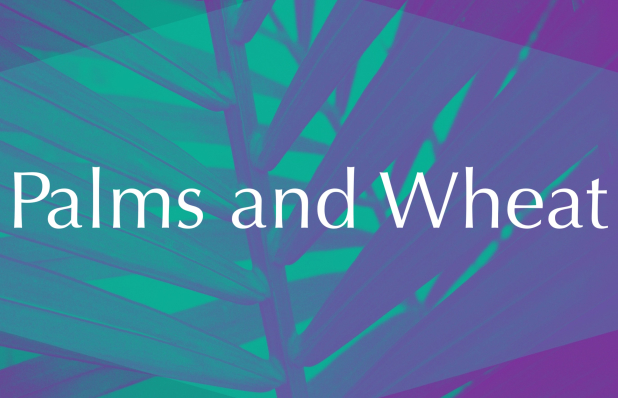 In Luke 9:51, we read that 'When the days drew near for him to be taken up, he set his face to go to Jerusalem'. Going to Jerusalem was the plan all along: he was going to go, to be arrested, beaten, crucified, buried, and raised. And he told his disciples this was the plan (Matthew 16:21). The disciples didn't like the plan (Matthew 16:22), which is why Jesus set his face to go to Jerusalem. He made a determined, focused, resolute, decision: we're going to do this.

Jesus did not enter Jerusalem, however, without notoriety. It was the time of the Passover,  and the city was filled with hundreds of thousands of Jews from all over the Roman Empire. Many of these would have been from Galilee where Jesus would have done many of his miracles. What was Jesus going to do in Jerusalem?

The buzz on the streets was that he was entereing Jerusalem at the time of the feast to take advantage of the crowds and use them as political leverage and set up his messianic kingdom.  Not only were the crowds made of up pilgrims going to Jerusalem, but also from Bethany, only a mile or so away, where Jesus had raised Lazarus from the dead. One crowd met the other, and the excitment soared.

The people shouted Hosanna! (save us, Lord), and declared Jesus to be the king who comes in the name of the Lord. But fulfilling prophecies from Zecharian 9:9-11, Jesus entered Jerusalem on a donkey, as a humble servant, not on a warhorse, as a conquering king.

When Greeks (God-fearing gentiles who came to worship in Jerusalem) inquired about a meeting with Jesus, it became an opportunity for Jesus to explain the significance of his entry into Jerusalem.

The hour has come for the Son of Man to be glorified. Truly, truly, I say to you, unless a grain of wheat falls into the earth and dies, it remains alone; but if it dies, it bears much fruit. (John 12:23-24).

The idea that Jesus would be glorified - this was good! This was what the people wanted. But what does Jesus mean by talking about wheat?

If you plant a grain of what in the ground, it grows up and bears much fruit - it produces many more grains of wheat. But the original grain has died - you might find a bit of its husk if you search hard enough, but probably not; the grain is gone, and in its place, a new wheat plant.

Jesus, by dying and going into the ground (burial), produced much fruit: through his blood he purchased many more sons of God. Jesus exchanged his life for our lives; the one for the many, that many might be saved.

The palms waived by the fickle crowds indicated they wanted a conquering king; by using the example of wheat, Jesus teaches that he is a saving king who will conquer sin, hell, and the grave. And the war horse? Don't worry - the next time Jesus enters Jerusalem, it will be as a conquering king, and he will be on a war horse:

Then I saw heaven opened, and behold, a white horse! The one sitting on it is called Faithful and True, and in righteousness he judges and makes war. His eyes are like a flame of fire, and on his head are many diadems, and he has a name written that no one knows but himself. He is clothed in a robe dipped inblood, and the name by which he is called is The Word of God. Revelation 19:11-13