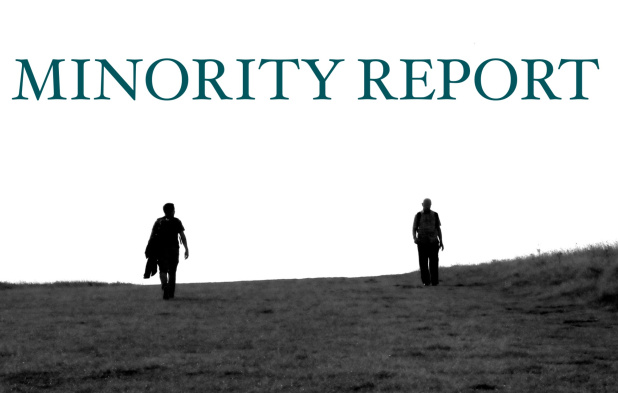 The apostle Paul makes a bold statement in 2 Corinthians 5:7: we walk by faith, not by sight. By this, he means that that the character of God and the promises of God are not held hostage by the changeable nature of what we percieve to be true. Walking by faith  means trusting in God's promises regardless of how things appear. Though counter-intuitive, this is how we follow Jesus.

In Numbers 13:1-3, Moses sent spies to ascertain the nature of the Promised Land. This was only two years after their great deliverance from Egypt; after having camped at Sinaii and received God's instruction about worship, ethics, and life as a community of faith, it was time for them to obtain God's promise.

The people he sent were all leaders. These weren't just average Joe's, used to complaining. These were men of action.

Moses details the remit in Numbers 13:17-20; this was a journey of evalutation, not decision. The spies were not to decide if the Israelites should inherit the land, but by discovering what it was like they may have informaiton on how they should go about it.

After forty days, the spies returned. Their report starts well; this Promised Land 'flows with milk and honey'. But rather than stopping with the objective evalutation, they added commentery, starting with the word however in Numbers 13:28. Then they proceed to go through the list of inhabitants in the land.This was caculated to dissuade the people from wanting to go through with this.

Do you know any however kind of people? As soon as a word of faith or hope or human optimism escapes from someone's mouth, they are right there with a verbal bazooka to explode it before it has a 10-second life. The world is discouraging enough; we don't need to add to the misery by becoming however kind of of people.

After getting the people quiet, Caleb delivered a different message: ‘Let us go up at once and occupy it, for we are well able to overcome it’(Numbers 13:30). This was a good report. In contrasting the two perspectives - the 10 spies vs Caleb, it really comes down to this:

Notice that the issue of disput is not about the facts: both groups thought the land was good, and both groups realised there were serious obstacles to be overcome. But those obstacles represented an insurmountable problem for the 10 spies.

That's why they couldn't let the Caleb perspective win; they had to rebut the rebuttal, and did in Numbers 13:31: 'We are not able to go up against the people, for they are stronger than we are'. So to summarise the two perspectives:

Which is another way of saying:

And at this stage, the minority report team decides to expand their version of the facts (Numbers 13:31-33): rather than being a land flowing with milk and honey, it devours its inhabitants. And not only that, these spies were infected with the grasshopper complex: 'we seemed to ourselves like grasshoppers, and so we seemed to them’.

The grasshopper complex involves living within the limitations of our identity before we met Christ; it involves projecting onto others the feelings we have about ourselves, believing that they see us the way we feel. This is a self-perception rooted in human failure and weakness, not new-creation reality.

Humans are fickle creatures, and the same people who had been delivered from Egypt through the passover land, saved from Phraroah's armies by the Red Sea, and fed by manna in the wilderness - they were swayed by the minority report. In Numbers 14:2-4, they summarise their perspective:

The minority report, embraced by the people, is rooted in fear, not faith. It is defined by what might happen, rather than what God has done.

Joshua and Caleb try to avert disaster by encouraging the people that the Lord is able to deliever on his promises. This encouragement is built on a God-focused perspective: God is good, God's promises are good, and God is with us (Numbers 14:7-9)

In an ideal world, this attempt to re-locate the conversation on a God-centred perspective would have been embraced and appreciated. But by the people of Israel after Joshua and Calebe made their plea? Not so much. Actually, things got worse as people began taking about stoning them (Numbers 14:10).

A fascinating observation: doubt wants to stone faith. Why? Because faith exposes doubt's persistence in not trusting God. And if doubt can get rid of faith, then there really is no one expressing an alternative.

This story has an unfortunate ending. The people of Israel believe the majority report of doubt, spread by the 10 spies. God allows the doubt to come true, and they get what they said: they do not inherrit the land and end up dying in the desert as they wander around for the next thirty-eight years.

Joshua and Calebe are the only two of those over twenty that left Egypt who make it into the Promised Land. And where their parents said 'no', it is the younger ones who ultimately inherrit God's promises. The only way to possess the promise is through faith, and the people of Israel were not ready to embrace faith.

Before we leave this portion of the Bible, let's make some application to our own lives:

1. God has promises for us.

2. We all face giants

3. We all hear majority reports.

We live in a world that perpetually bombards us with narratives of God's non-performance. We are accosted by accounts calling into question God's goodness, God's promises, or God's ability to do what He has said. Some of these perspectives are quite clever in shaping a narrative in which doubt seems quite rational. Invariably, these majority reports share a common denominator: they maximise problems and minimise God.

4. Defining moments are determined by the voices we listen to: God or others.

We all face defining moments where the decisions we make shape our personal trajectory for years to come and often have an influence on many others. It is in these moments that we must fight for, cling to, and embrace the minority report that magnifies God's greatness and ability to do what He has said. It takes courage to say 'no' to the majority; but we inherrit the promises of God by listening to the minority report of faith.

5. We all need faith partners.

I imagine Joshua and Caleb casting glances at each other as they walked through the Promised Land with the other spies, listening as the doubt and unbelief grew. 'Bro, you still strong?' 'Yeah, you still hanging in there?'.

When we are faced with compelling discourses of doubt, when we find ourselves feeling isolated in faith against a barrage of unbelief, it is important to have partner in faith. We all need someone in our life who is for us, who is for the promises of God, and who will challenge us to lean into and embrace a perspective that exalts God.

Paul was right: We walk by faith, not by sight. This is true. That doesn't mean it's easy. But this is the only way we inherrit God's promises - through faith and patience (Hebrews 6:12).