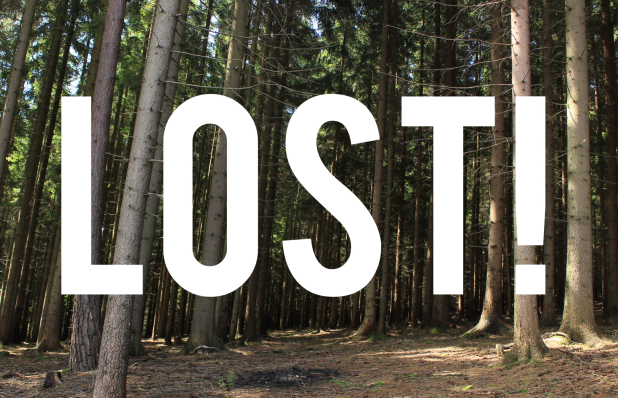 When I took my daughters for a walk in the mountains of western North Carolina and stayed gone longer than my wife expected, she reached a conclusion: her daughters were lost along with her somewhat whacky husband. And desperate times call for desperate measures.

And so she mobilised the entire village to head up the mountain looking for her lost ones. But because our daughters were with me, I knew they weren't lost, and wasn't concerned at all. As we came out of the forest and into the clearing, I looked up and saw the entire village heading my way. There was a great search going on for the lost. And I didn't know that I was lost!

When it comes to the spiritually lost, many of us are just like that: we think lost pertains to someone else when we are the ones who need finding. In Luke 19:10 Jesus defined his mission as seeking and saving the lost. But that raises a question: who are the lost?

Jesus answers this question for us in Luke 15 when he tells three stories about lostness: a shepherd has one hundred sheep and loses one; a woman has ten silver coins and loses ten; a father has two sons and loses one. In each case, there is a desperate search for that which was lost, and a great celebration when the lost thing is found.

But in the story about the lost son, we see two kinds of lostness. First we see the lostness of the prodigal son, the one who flees to a far away land and wastes his inheritance on loose living and ends up destitute. The word prodigal means spending money or using resources recklessly, and this is what the younger brother does. But he repents and comes home and his father throws him a big party. 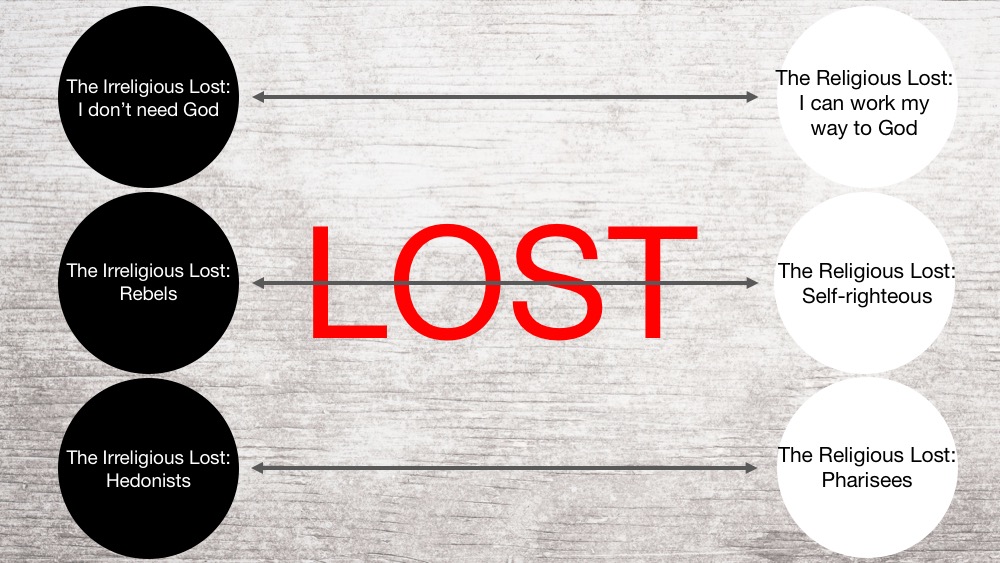 The problem with rebellion against God is that it takes us further away from the one who can restore our purpose, identity, and relationship with God, the thing we need more than anything else. The rebellious is often stuck with the U2 complex: they still haven't found what they are looking for, and they think they can find it somewhere else.

Both of these kinds of lostness take us away from the Father who knows us.

Here are two things to remember:

1. We have a perfect older brother. In Jewish culture the older brother should have been the one out looking for his younger brother. This is what Jesus has done for us: He left the comfort of heaven to come and seek and save the lost. And he dipped into his own wealth - the riches of his own life - to cover the cost of our sin.

2. God is a prodigal God. The word prodigal also means to be extravagent or lavish, and God has been extravagent towards us - first, in the prices that He has paid for us; second, in the party he throws for us when we come hom to him.

So whether you have been running away from God in rebellion, or perhaps you been living in self-righteousness, either way, the best journey you can take is to come how to God.