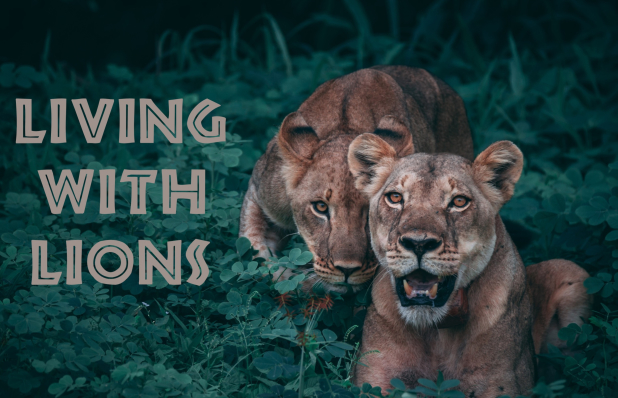 The book of James opense with a bang:

Consider it pure joy, my brothers and sisters, whenever you face trials of many kinds, because you know that the testing of your faith produces perseverance. Let perseverance finish its work so that you may be mature and complete, not lacking anything. James 1:2-4

If you're like me, you're tempted to think: 'That's lovely. But do you really expect me to count it pure joy when life is really difficult?

The point isn't that difficulty is joyous, but that what perseverence through difficulty produces. James points to maturity - in our passion to be like Christ, God accopmlishes this - we lack nothing.

And this is what God promises: Paul wrote to the Romans that they were predestined to be conformed to the image of Christ. That is, God not only saves us, but works in our lives to shape us and mold us to be like Jesus.

Which brings us to Daniel 6:1-28. This is the famous story of Daniel in the lions' den. Here's an outline of the story, and then I'll make some observations:

1. The Setting: this took place around the years 539-537 BC after the Medo-Persians overthrew the Babylonians. Daniel, around 14 years old when he was taken into captivity in 605BC, would have been just over 80 years old.

2. The Promotion (Daniel 6:1-3): Daniel was promoted to be one of three presidents overseeing regional governors; he was so good, the king wanted him to be in charge.

3. The Problem (Daniel 6:4-5): Daniel's promotion prompted jealousy in the other governmental leaders (and his immigrant status didn't help!), and they plotted a way to remove him.

4.  The Plot (Daniel 6:6-9): recognising that his only weakness was his extreme loyalty to God, the other presidents and governors got the king to sign a law prohibiting prayers to anyone other than the king for 30 days. The punishment for breaking his law was death by lions' den.

5. Daniel's Response (Daniel 6:10): rather than take his piety private, Daniel continued praying with his windows open in defiance of the king and his law.

6. The Trap (Daniel 6:12-13): The presidents and satraps caught Daniel in the act of prayer, defying the king's law, and presented the evidence ot the king.

7. The King's Turmoil (Daniel 6:14-15): Hoping to find a way out, the king spent the day ruminating about an alternative. The presidents and governors, however, confirmed there was no way out.

8. Daniel with the lions (Daniel 6:16-18): The king kept his law, had Daniel thrown into the lion's den, but wished him well: 'May your God, whom you serve continually, deliver you!'. Knowing this was all wrong, and not wanting harm to come to Daniel, he didn't sleep well that night.

9. The King's Question (Daniel  6:19-20): Darius hurried to the lions' den in the morning, hoping to find Daniel alive, and calling out, 'O Daniel, servant of the living God, has your God, whom you serve continually, been able to deliver you from the lions?'.

11. Darius' Revelation (Daniel 6:25-27): Amazed at God's intervention to keep Daniel safe, Darius understands something about the nature of God. This is what he says:

He is the living God, enduring for ever;
his kingdom shall never be destroyed,
and his dominion shall be to the end.
He delivers and rescues;
he works signs and wonders in heaven and on earth,
he who has saved Daniel from the power of the lions.

There are many reflections to draw from this story; I offer a few:

I think thre are three key lessons to learn from this passage:

Regardless of what you seen and experience, for those who love God and are called according to his purpose (Romans 8:28), God is working all things for your good. And that's good news! And that's why we face difficulty with pure joy.