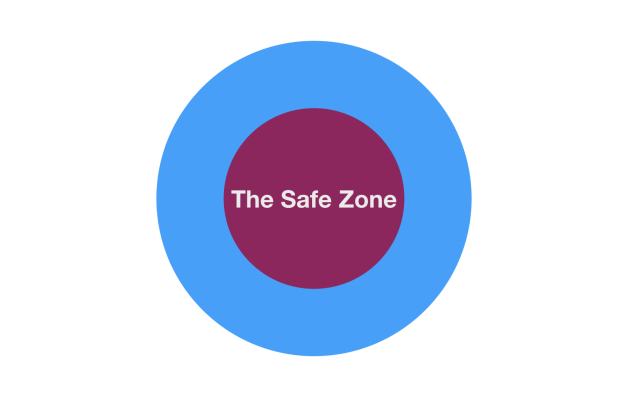 I'm not into zombie films - they scare me too much. But every now and then a non-zombie film has a zombie scene that just leaps up out of nowhere. And somehow, those zomies seem invinciple, coming in to the house where the good guys are hiding, breaking through every crack and crevice. Interestingly, people with way too much money who believe in an inevitable zombie apacolypse are building zombie-proof houses that look like more like impenetrable forces.

God has given us a safe zone to live in calle 'his promises' that will protect and give us space to thrive in an age that lives contrary to his value system. To help understand this, let's look at 2 Peter 1:3-4:

His divine power has granted to us all things that pertain to life and godliness, through the knowledge of him who called us to his own glory and excellence, by which he has granted to us his precious and very great promises, so that through them you may become partakers of the divine nature, having escaped from the corruption that is in the world because of sinful desire.

His divine power has granted to us: all of this is rooted in the God-ness of God - it is by his own ability that he has given us all these blessings.

Learning to inhabit God's promises produces great benefits in our lives - we grow more and more like Christ, and we grow less attached to the age we live in.

The key to the Christian life is simply living like God's not a liar. That is - success with God is rooted in believing his promises. The Bible is full of them - for example - 'whoever calls on the name of the Lord will be saved' (Romans 10:13); 'I will never leave you or forsake you' (Matthew 28:20).

You'll never doubt your way to success with God; rather, dare to trust that God is smarter than you, that his promises are true, and that by inhabiting them, you'll thrive in his presence - and be kept safe from the zombies of evil that roam the planet.