How to Fail with God 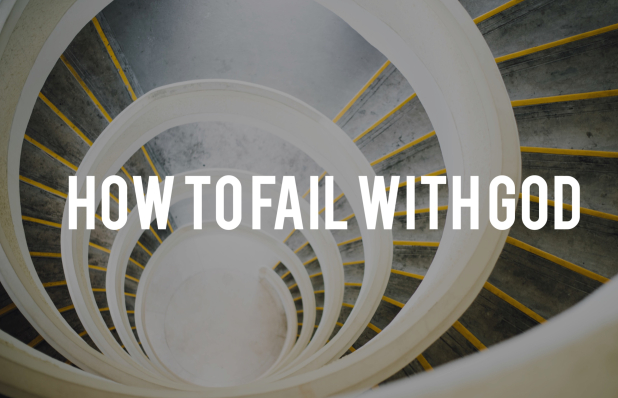 When I was seven years old, my sister taught me an important lesson. She was two years younger than me and come home from kindergarten (P1) having learned a bad word. She was flitting around the house, saying the word.

My mother was shocked and provoked and picked her up, sat her on the kitchen counter, and gave her a warning: if she heard that word one more time, she would wash my sister's mouth out with soap.

For me, this was relatively simple math: just shut up and do what mum says. But no: as soon as she was placed back on the floor, my sister went bouncing off, and the word escaped her mouth, three time in quick succession.

This is what the book of Judges is about.  It teaches us by describing Israel's descent into spiritual darkness. God's precious people, that he had delivered from bondage in Egypt, and for whom he had such high hopes, became spiritually lost. Note the last verse in Judges:

In those days Israel had no king; everyone did as they saw fit.

By the end of the book, they were no different from the other Canaanite people. All distinctive identity as God's people had been erased. How did they get there? Chapter two describes four key steps in Israel's spiritual descent. If you want to utterly fail with God, here's how:

Those who are parents can relate to the experience of telling a child to tidy their room. Later, against the child's protestations that the job got done, it is discovered that, no, the room isn't tidy; at best, this is a partial tidy.

God had told the Israelites to drive out all the other nations from the Promised Land. The reason was due to moral and spiritual influence. These other nations practiced horrendous things like child sacrifice, and they worshipped false gods.

Chapter one describes the unwillingness of Israel to obey God. Rather than driving the people out, they saw the chance for financial gain and made the Canaanites into forced labour. Additionally, the people on the coastal plain (the Philistines) had iron chariots. Forgetting the lessons of the Exodus (that chariots are not big deal to God), the people got lazy and decided to not bother with the Philistines.

God told the Israelites that those who remained would become a thorn in their sides. And this is what happened: the moral and spiritual influence of the Canaanites dragged Israel down. This problem goes back to the simple but impactful decision not to obey God fully. Remember, partial obedience is disobedience.

Generational consistency - passing down what we've been given - is an important but elusive principle. In the Bible, sometimes God's people got it right, but sometimes they failed.

After that whole generation had been gathered to their ancestors, another generation grew up who knew neither the Lord nor what he had done for Israel.

How does that happen? How does a generation arise that doesn't know God. Very simply, Israel failed to do what God had told them to do in Deuteronomy 6:7:

We are deeply committed to next-generation ministry. To effectively follow God, this is not optional for us. But for the Israelites - even though Joshua's generation did follow God, they did not adequately train the next generation.

In Denver, Colorado, there is a group called the 'International Church of Cannabis'. Now, it's not a real church - they don't believe the Bible, they don't follow Jesus, they don't submit to God's kingship. And their sacrament is smoking weed, not bread and wine. But it raises a question - what happens when God's people try to hard to be like the world?

We read two telling things about the Israelites:

It's interesting to note the two gods who dominated the Caananite landsape:

Thus, somewhat like today, the two chief gods were power and sex. But this raises a big question: why would the Israelites forsake their own God, who had saved them, to run after these other gods that were no gods?

Perhaps, they liked these gods because they were tangible. Even in the wilderness, Israel demosntrated a propensity to make idols (Exodus 32); God is a spirit, and they couldn't show off their God to the Canaanites, but these people had something physical and tangible. Why are God's people so often tempted to be like this world and to be defined by the values of the age we live in?

Have you ever caught a child with their hand in the cookie jar? Physical evidence that they've disobeyed? Often, when confronted with unequivocal evidence, the guilty party becomes remorseful - sorry they got caught, not sorry they did something wrong.

That's the Israelite's problem; they were sorry they got caught, but they never genuinely repented. Take a look at this cycle: 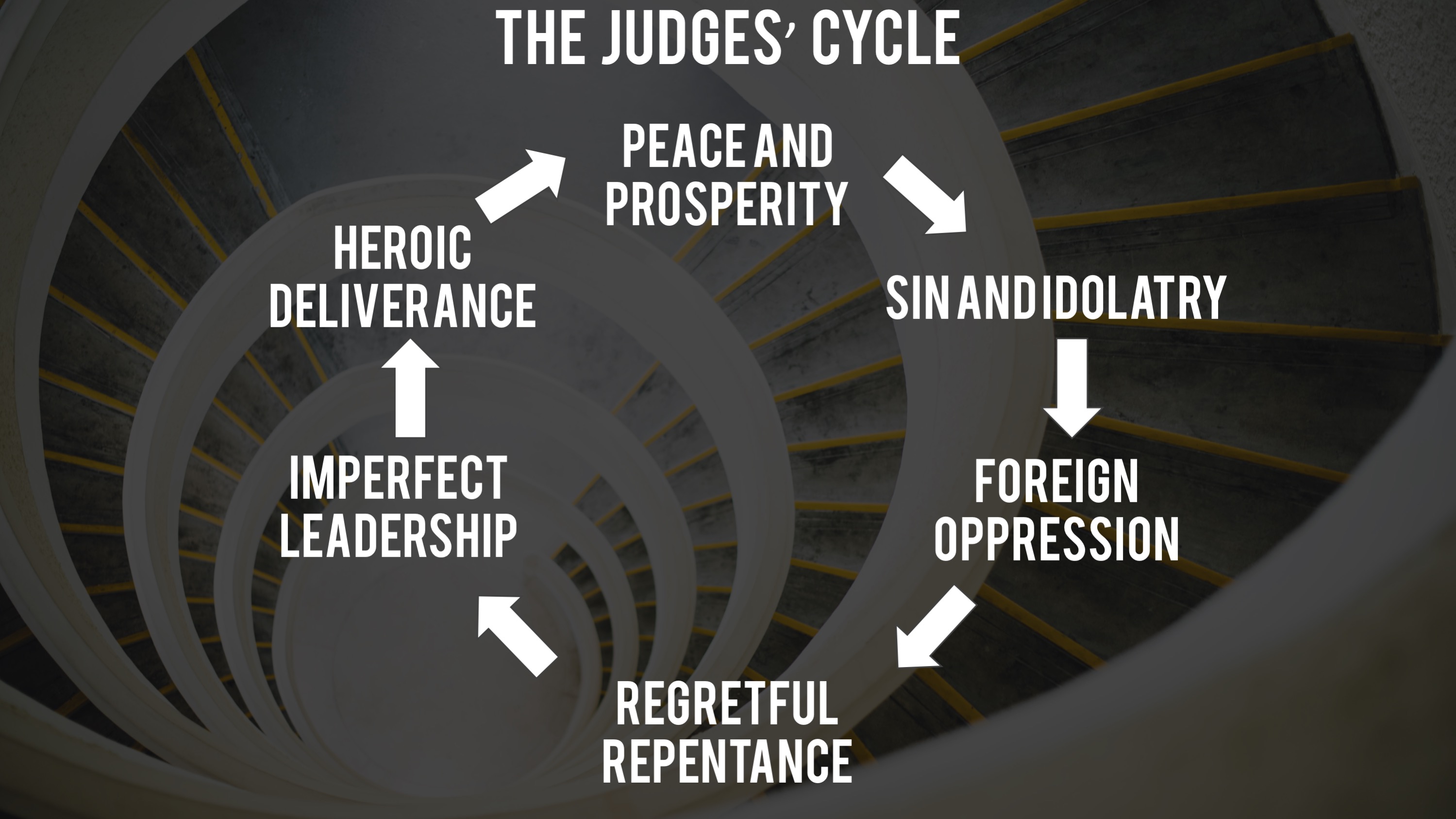 It's been said that insanity is doing the same thing over and over again, but excpecting a different result. As we read the book of Judges, we keep hoping that the Israelites will learn their lesson, get it right, and repent, and get on with being the people God called them to be. But they don't.

So what can we learn from this? If we are deeply committed to failing with God, there are four key action points to help us along the way:

However, if we want to win with God - if we want to become the people God has called us to be, we can turn these around and find positve action points to obey:

The big idea in Judges is that God is Hero. Althought there are some key people like Gideon and Sampson who do some great things, they all fail in the end. God is the one who is the hero, who is always saving his people, even when they go astray.

Regardless of how far you have fallen, God is the one who is able to lift up, to restore, to redeem, to refresh, and to bring victory where there has only been defeat. Turn to him today, trust in him, seek him, lean on him. He is the hero who will lift you up.