Faith in a Faithful God 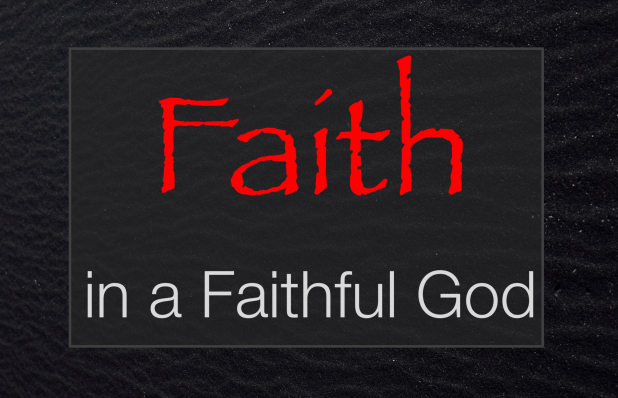 We all hit moments in life where we wonder, ‘What’s going on?’ We all hit patches that seem shrouded in fog, wondering which way is up and down, forward and backward, left and right. This is surely how Joseph felt when he found himself in prison based on a false accusation from Potiphar’s wife. But the good news is that the story didn’t end in a prison.

Rather than questioning God’s goodness because of his circumstances, he interpreted his life through the lens of God’s goodness. That means that, regardless how dark things seemed, he could trust God to write a happy ending to the story.

This enabled Joseph to seek the blessing of others, and it was his dream interpretation for the king’s cupbearer that opened the door for him to interpret Pharaoh’s dream, prompting his release from prison and his promotion to prime minister of Egypt.

Things were going pretty well for Joseph, and when his first son was born he named him Manasseh, because ‘God has caused me to forget all my hardship’. When we come to Christ, he not only forgives our sins, but he also heals our past.

But he also had a second son whom he named Ephraim because ‘’God has made me fruitful in the land of my affliction’. God not only heals our past, but he also promises to be with us in the present and to accomplish his promises for our future. Remember: ‘Weeping may last for the night but joy comes in the morning’ (Psalm 30:5).

And so in the midst of his prosperity, Joseph was forced to face the pain his past when he brothers came walking through his door in search of food. The famine in Egypt was touching the region, and this involved his long-forgotten family.

If anyone has ever had a just grievance that might provoke revenge and retaliation, it was Joseph. And as Prime Minister, he had the power. But it was his God-centered perspective that rather empowered him to forgive.

The Big Reveal happens in Genesis 45 when he finally lets his brothers know his identity. They are legitimately terrified about what he might do; after all they had hated him enough to throw him in a pit and then sell him as a slave. But rather, Joseph points to God:

Mercy triumphs over judgment, and as Paul reminds us, when we remember how much Christ has forgiven us, we are empowered to forgive others:

Finally, we learn from Joseph that God overrules evil with good. What his brothers did was terrible. But again, Joseph adopts a God-centred perspective:

As for you, you meant evil against me, but God meant it for good, to bring it about that many people should be kept alive (Genesis 50:20).

But this raises a question: how do God’s goodness and sovereignty correlate with human sinfulness? Bible scholar Christopher Wright explains it like this:

It is important not to suggest that God “turned the evil into good”, or that because it all worked out in the end, it wasn’t really so bad after all. The actions of the brothers were evil. Period. Evil in intent and evil in execution. But God demonstrated his sovereignty by showing that he can take what is done as an existing evil in the world and use it to bring about his own good purposes. God remains good, and God remains sovereign.

This perspective that God’s sovereignty and human responsibility simultanteously cooexisting is confirmed by Peter has he describes the crucifixion of Jesus:

As this Jesus, delivered up according to the definite plan and foreknowledge of God, you crucified and killed by the hands of lawless men (Acts 2:23).

And confirming that God was sovereign in accomplishing what happened on the cross, believers in Jerusalem prayed like this:

For truly in this city there were gathered together against your holy servant Jesus, whom you anointed, both Herod and Pontius Pilate, along with the Gentiles and the peoples of Israel, to do whatever your hand and your plan had predestined to take place (Acts 4:27-38).

The cross shows us that God can take the worst possible evil and through it accomplish the greatest possible good—the destruction of evil itself. That’s why Paul could write that

God is faithful, who has called you into fellowship with his Son, Jesus Christ our Lord (1 Corinthians 1:9).

We all hit dark spots: it might be the pain of your past, wondering if God is with you in the present, or questions about the future. Regardless of what you’re going through, the good news confirmed in the life of Jesus is this:

That’s why it makes sense to have faith in a faithful God.