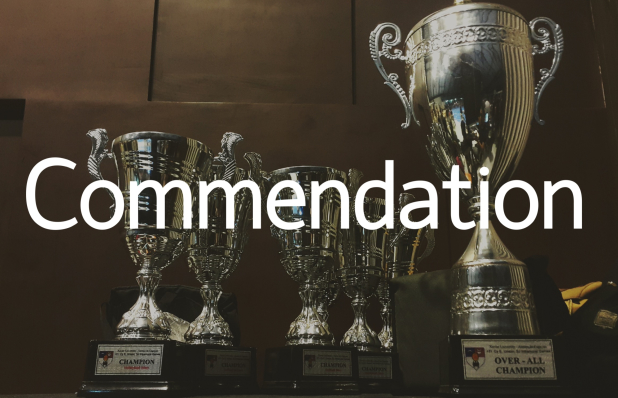 We all like being praised for our accomplishments. Whether big or small, there is something uniquely satisfying when others notice what we've done. In Luke 7:1-10, Jesus commends a man's faith and says it's the best he's ever seen. What kind of faith does Jesus call 'best ever'?

First, let's say what it's not. The man in question was a centurion - a Roman military officer in charge of 100 men. As a Gentile, he was friendly to the Jews and helped build the local synagogue in Capernaum. But the centurion had a problem - his dear servant was sick, and he had heard that Jesus could heal, and so he appeals to Jesus through the local Jewish civic leaders.

When these local Jewish elder approach Jesus on behalf of the centurion, they describe him as worthy for Jesus to heal his servant. To demonstrate this, they point to things the centurion has done - he loves the Jewish people and even helped to build the synagogue in Capernaum. These leaders are telling Jesus, 'He's a great guy - you should do this for him!'.

That's typical, human commendation: pointing to what we do as evidence that we deserve the praise we are receiving. And make no mistake - these are good things. But what about the soldier in the centurion's command - he couldn't afford to help build a synagogue. Is he any less worthy?

And that's the point: Jesus commends that main because of his faith. Let's notice how the centurion voices his faith, and then we'll notice what Jesus says about it:

Look at his faith: just say the word. When it came to Jesus, he knew he didn't need any magical incantation or superficial touch; Jesus had the authority to say it, and it would happen. He reasoned from his own military background: because he, as a centurion, was a man under authority, therefore having authority such that people did what he said, how much more with Jesus: as the Son of God functioning as the Father's emisaary, whatever he said would happen.

That's strong faith. And that's what Jesus said about it:

When Jesus heard these things, he marveled at him, and turning to the crowd that followed him, said, 'I tell you, not even in Israel have I found such faith'. Luke 7:9

This is marvellous faith - it causes Jesus to marvell. Why? Because this man was simply willing to take Jesus at his word. Jesus had not encountered that kind of faith up to this point in his ministry. It seems everyone wanted to qualify Jesus' words with a 'Yeah, but ...'. No - not this centurion. He took Jesus straight up. If Jesus said, that's it - end of story.

To receive commendation from Jesus, just believe his word. Dare to believe that he means what says, and what he says will happen.