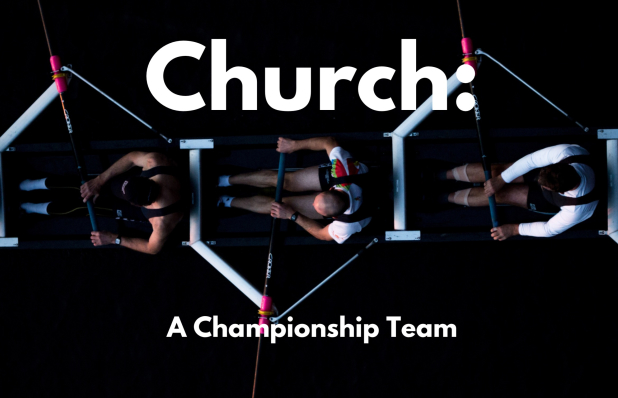 We understand that victory is part of our inheritance in Christ (1 Corinthians 15:57). The ultimate victory into which Jesus brings us is triumph over death. But in this life we can experience victory in Christ - the inheritance of peace, righteousness, and joy in the Holy Spirit available for every believer.

However, the victorious Christian life isn't only personal - it's what we experience as a team. When Jesus spoke of building his church (Matthew 16:18), he described it as a prevailing church. That is, darkness and hell will not win against it; it will win by fulfilling God's purpose in the earth.

We see a picture of a championship team in Acts 13:1-2. This team was marked by diversity of gifting (prophets and teachers) and nationality. It was dedicated to seeking God in prayer and worship. It was led by the Holy Spirit. And it accomplished great things by sending out Barnabas and Saul on a world-changing mission.

What are the characteristics of a championship team?

First, it's made up of players: the team results come from each player doing what they're good at.

Second, it plays as a team: rather than just being a collection of individuals, the different players work together.

Third, it plays to win: it doesn't play just for the fun of it, but championship teams are dedicated to being their best so they can achieve a big win.

What does it mean to win?

To be a championship team means that we understand what it means to win. In basketball, baseball, and football (both types!), although they use different balls and play by different rules and points are scored differently, they all have the same win: scoring more points than your opponent.

In church, we 'score points' in two big ways: the big win can be summarised as glorifying God and making disciples. When everything we do is for the glory of God, ensuring that he gets the honour, the majesty, and the praise of which he is due, that's a big win. And when we do what Jesus told us to do - go into all the world make disciples - that's a big win.

Church as a championship team: glorifying God and making disciples. If we all work together and do our part, God will be glorified, disciples will be made, and we'll all share together in the victory.