Better Than a TED Talk 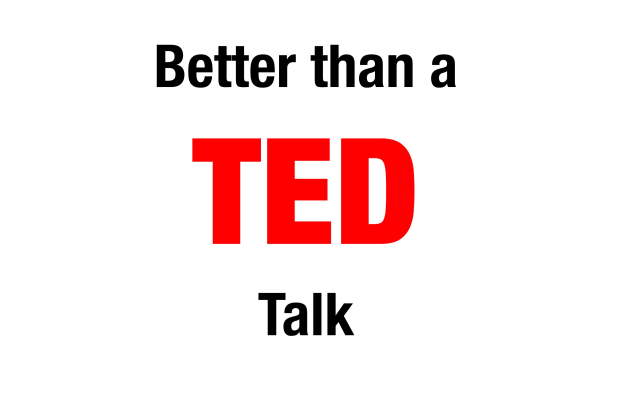 If you had 18 minutes to deliver the message of your life, what would you say? This was a dilemma I faced when, in 1990, I had the chance to address the English department of the University of Ivano Franko in L'viv, Ukraine (when it was still part of the Soviet Union). They wanted to hear English, I could talk about anything; what was I going to say?

This was a dilemma - and opportunity - faced by Paul in the city of Corinth. In 1 Corinthians 1:18-29, Paul calls this new and fledgling community of Christians back to basics - back to the message he had delivered to them.

Think about that: rather than sending in his newest and most compelling Ted Talk, Paul simply said, 'I got it right the first time. Go back and listen to the message I gave you when I was there'. What was this message? What was so good that Paul simply say, 'Ditto'.

It was this: God's power is expressed through the crucifixion of Jesus, and it is by this that we are saved. (1 Corinthians 1:17-18). Paul makes three key points in his talk:

1. People are distracted by false notions of wisdom and power. Paul had a tough audience made up of both Greeks and Jews. Paul was speaking in the land of Socrates, Plato, and Aristotle; these people knew wisdom! And they loved it. The other part of the audience had grown up with stories of a God who does powerful things, and they loved power.

Paul deconstructed the desires of his audience into this simple analysis: Greeks seek wisdom, and Jews demand a sign. The problem is that these false notions of wisdom and power distract people from what is most important - truth.

2. God's power is counter-intuitive. Rather than wisdom or power, Paul preached Christ crucified. Why? Well, he says that 'for since, in the wisdom of God, the world did not know God through wisdom, it pleased God through the folly of what we preach to save those who believe' (1 Corinthians 1:21).

The power of God is demonstrated in his action of becoming a man, living a perfect life, dying a death in our place, and being raised from the dead. It doesn't make sense: but God demonstrates his greatness through his humble act of love to intentionally confound human power claims.

3. Jesus is the answer. It's not that God isn't into power and wisdom; just the opposite: Christ is the epitome of true power and wisdom. That's why Paul preached Christ, 'Christ the power of God and the wisdom of God' (1 Corinthians 1:24).

So what was Paul's TED Talk? This is what he says: 'And I, when I came to you, brothers, did not come proclaiming to you the testimony of God with lofty speech or wisdom. For I decided to know nothing among you except Jesus Christ and him crucified' (I Corinthians 2:1-2).

Jesus crucifed for our sins is God's ultimate demonstration of power and wisdom. It's counter-intuitive, but for those who receive it, Christ is both God's power and God's wisdom.

4. A Transcultural Message. Though Jews and Greeks were looking for different things, the fulfilment of their greatest desires was found in Christ. Jesus works - not only for Jew and Greeks in 1st century Corinth, but in every place, age, and culture. It works. Any place, any person, any time.