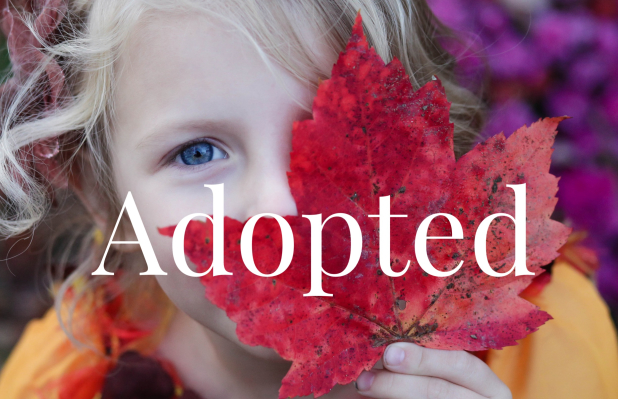 Adoption is a central metaphor for understanding the gospel; whereas justification teaches us that we are not guilty, adoption says, 'Welcome to the family!'.

Paul uses adoption as a picture of salvation in Ephesians 1:5-6, Galatians 4:4-7, and Romans 8:15-17. All three of these churches were in areas or cities directly under Roman rule, and it is this Roman cultural context that helps us understand something about adoption.

Adoption is a family term that in the ancient social world of Paul’s day denoted the transfer of a son (usually an adult) from one family to another with all its attending privileges and responsibilities. Like justification, adoption is a forensic term and denotes a legal act or transfer from an alien family (sons of disobedience, Ephesians 2:2) into the family of God.

It was particularly in the public consciousness at the time Paul wrote these letters because of its prominent practice by the Julio-Claudian dynasty. The Caesars depended on  adoption to keep the dynasty going. When a Caesar would adopt a son, that son became - not only the official son of the emperor - but the designated inheritor of the empire.

Drawing on scripture, we can make some power-statements regarding our adoption:

1. Adoption is needed: we were born slaves to an alien father (Ephesians 2:2).

In the words of J. I. Packer: 'Adoption is … the highest privilege that the gospel offers; higher even that justification’. That's because justification says, 'You're not guilty'; adoption says, 'Welcome to the family'.

God the Father has made room for us; let's make room for others!