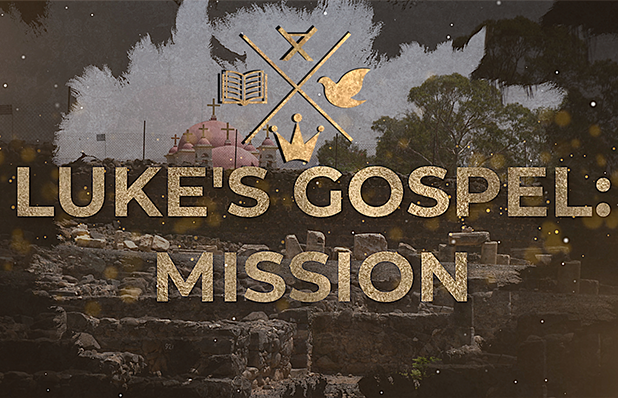 It’s like the time that Sherlock Holmes and Dr Watson are going camping. They pitch their tent under the stars and go to sleep. In the middle of the night Holmes wakes Watson up.

Holmes: "Watson, look up at the stars, and tell me what you deduce."

Holmes: "No Watson, you idiot, somebody's stolen our tent!"

Like Watson, we are easily seduced by the beautiful and miss the important.

In our text today, we’re going to see Jesus redirect the attention of his followers. They got distracted by one thing, and he, in a sense, grabs them by the collar and turns they gaze from one thing to another. In a sense, Jesus says, ‘Not THAT, but THIS!’.

Our lesson today is to learn to say no to distractions and yes to destiny. The challenge is that we can easily let good things turn our attention from best things.

Second the father is desperate for his demon-oppressed son to be healed.

Third, Jesus is disturbed that his disciples can’t do this.

Fourth, Jesus demonstrates his power by casting the demon out.

In verse 43, we read that ‘All were astonished at the majesty of God’. They weren’t used to seeing the power of God on display in such a close and personal way. But for Jesus, this was no big deal, after all:

Not only that, but Jesus upholds the universe by the word of his power. Hebrews 1:3.

The point is that for Jesus, this was nothing. Well, maybe not nothing, but a slight reconfiguring of the universe He, the Son of God, had created. This was a difficult for Jesus as flicking a piece of lent off your shoulder is for you. But the people were captivated by this.

But while they were all marvelling at everything he was doing, Jesus said to his disciples, ‘Let these words sink into your ears: …’

This is the equivalent of saying, ‘Not That, but This!’. He’s coming to the this, but first, he diverts their attention from the power he had just demonstrated. Like the disciples, we are easily captivated by power and beauty. We are

Let these words sink into your ears: The Son of Man is about to be delivered into the hands of men.” But they did not understand this saying, and it was concealed from them, so that they might not perceive it. And they were afraid to ask him about this saying.

The main thing was saving sinners by dying for them on the cross, being buried, and being raised from the dead. If Jesus had done the good things without the great thing, we’d still recognise him as the world’s greatest moralist; his teaching was remarkable.

But since he did the MAIN THING, we remember him as more than a teacher, more than a miracle worker, more than an exorcist, more than a humanitarian. He is the risen Lord, the King of Kings, the Saviour, the Redeemer, God’s Risen Champion.

In a study of mediocre and good companies who made a transformation to achieve greatness, Jim Collins discovered key characteristics essential to making this transition. He also discovered one key barrier that needs to be overcome:

Good is the enemy of great. And that is one of the key reasons why we have so little that becomes great. We don't have great schools, principally because we have good schools. We don't have great government, principally because we have good government. Few people attain great lives, in large part because it is just so easy to settle for a good life. Jim Collins, Good to Great

But here’s the other lesson – the BIG LESSON in this passage. Greatness isn’t what looks good the crowds; greatness in the kingdom of God is faithfulness to God’s mission.

Greatness doesn’t mean doing what others, what the crowds, what the world thinks we should be doing, Greatness is obeying Jesus and doing what He has called us to do.

God has a great destiny for you, participation in his purpose to seek and save the lost. In what area of your life have you been satisfied with good, distracted with the lesser, hesitant to move towards the great? Like the disciples, let Jesus grab you by the collar and say, ‘Not THAT, but THIS’.